Deciphering the Pathway By Which Food is Converted into Chemical Energy 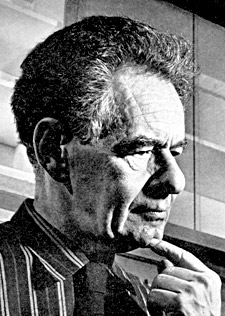 Fritz Lipmann (1899-1986), who was at Rockefeller in 1931 and from 1957 until 1970, found the key to the first step in the series of chemical reactions by which cells convert food into energy and heat, known as the Krebs cycle. In 1945 he discovered Coenzyme A (CoA), which all living cells use in the metabolism of carbohydrates, fats, and amino acids. Lipmann, one of the most influential biochemists of the twentieth century, later determined the molecular structure of CoA.  In 1953 Hans Adolf Krebs (1900-1981) and Lipmann shared the Nobel Prize.

Lipmann's discovery of CoA was one of many achievements in a career devoted to studying how cells generate, transmit, and use energy. In a landmark paper published in 1941, Lipmann outlined the concept of energy-rich chemical bonds-chemical bonds that store the energy needed, for example, for muscle contraction, transporting molecules across cell membranes, and synthesizing proteins, as well as a host of other biochemical reactions. In this early publication, he also proposed a mechanism, group transfer, by which, for example, ATP provides energy in biosynthetic reactions.

Later in his career, after coming to The Rockefeller University in the 1960s, much of Lipmann's work focused on the mechanisms of peptide and protein synthesis. At Rockefeller he discovered the elongation factors EF-Tu and EF-Ts, which are required for translating RNA into proteins. He also studied tyrosine phosphorylation. Lipmann's numerous basic discoveries laid the foundation for understanding many processes in health and disease.

Fritz A. Lipmann studied at the universities in Munich and Berlin (1917-1922), interrupted by military service (1918-1919). He received the MD (1924) and the PhD (1927) from the University of Berlin. In 1927 he began three years of research in the Kaiser-Wilhelm Institute laboratory of Otto Meyerhof, where he met many of the great biochemists of the day, and where he learned phosphate ester chemistry from Karl Lohmann, who discovered ATP. Lipmann spent 1931 working in the Rockefeller Institute laboratory of Phoebus A.T. Levene. The next year he moved to the Biological Institute of the Carlsberg Foundation, in Copenhagen, where he remained until 1939. That year, to escape facism and anti-Semitism in Europe, Lipmann took an opportunity to join Dean Burk in the laboratory of Vincent du Vigneaud at Cornell University Medical School. In 1941 he moved to the Massachusetts General Hospital in Boston, where he was director of the biochemistry research department until 1957. He also was professor of biological chemistry at Harvard Medical School from 1949 to 1957. In 1957 Lipmann joined the faculty of The Rockefeller University (then the Rockefeller Institute). He continued to do research at Rockefeller after becoming professor emeritus in 1970. 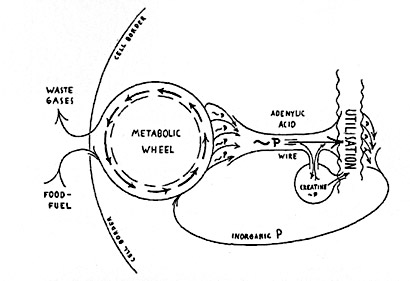 In addition to the Nobel Prize, Lipmann's achievements were recognized with the National Medal of Science (1966), the Carl Neuberg Medal and the Mead Johnson Award. He received numerous honorary degrees, including one from The Rockefeller University. In 1974 an annual Fritz Lipmann Lecture Series was established at the Max-Planck-Institut fur Molekulare Genetik, in Berlin, by the Deutsche Gesellschaft fur Biologische Chemie. Lipmann received the Orden Pour le Merite fur Wissenschaften und Kuenste (1975) from the president of West Germany. His professional memberships included the U.S. National Academy of Sciences, the Deutsche Akademie der Naturforscher Leopoldina in East Germany, the Danish Royal Academy of Sciences, and the Royal Society in London.

The Nobel Prize in Physiology or Medicine, 1953
http://nobelprize.org/nobel_prizes/medicine/laureates/1953/index.html