First Comprehensive Analysis of the Natural History of Poliomyelitis 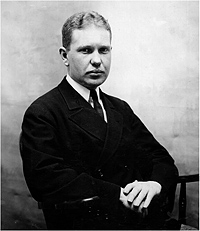 In 1910, when the Rockefeller Hospital opened, the time seemed right to find a cure for poliomyelitis by combining clinical observation with laboratory research. Scientists had determined that the disease was caused by a virus rather than a bacterium. The Rockefeller Institute's own director, Simon Flexner (1863-1946), had recently been among the first to produce polio in a laboratory animal, the rhesus monkey, and to transmit the disease from one animal to another. With this knowledge, development of an antiserum or a vaccine seemed close at hand. Then, during the summer of 1911, there was an outbreak of polio in New York City. A team of three physicians—Francis W. Peabody (1881-1927), George Draper (dates), and Alphonse R. Dochez (1882-1964)—was assembled to study the disease. Seventy-one young children with polio were admitted to the Hospital and an additional 90 cases were examined as outpatients.

The investigators began by developing a full clinical description of the disease. Most earlier observers had focused on paralysis as the essential feature of diagnosis. But the Rockefeller team recognized, as had others, that symptoms including fever, lethargy, and pain preceded paralysis by a few days. It was also known that some children infected with polio never developed paralysis but could transmit the disease to others. The Rockefeller team focused on ways to make an early diagnosis by white blood cell count and changes in cerebrospinal fluid. They also carried out some animal studies, investigating whether serum from polio patients could protect monkeys from the virus. Ultimately, however, they were unable at the time to shed much light on the underlying biology of polio through laboratory investigation. The monograph they published on their research was a classic natural history of the disease—perhaps the best in the medical literature. Their conclusion, reproduced below, reflected the state of care for polio until the development of a vaccine nearly 50 years later:

"At the present time there is no specific form of therapy by which the paralyses in acute poliomyelitis may be prevented, or by means of which resolution of the inflammatory process and, consequently, return of function may be hastened. The problem of treatment, therefore, consists in preventing the spread of the disease to other persons, in applying general symptomatic procedures, and in attempting the restoration of muscular efficiency and the prevention of deformities." 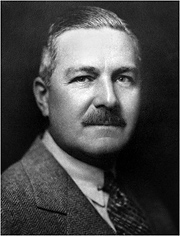 Francis W. Peabody received the MD from Harvard Medical School (1907). After positions as resident at the Massachusetts General Hospital and the Johns Hopkins Hospital, as well as six months research with the German chemist Emil Fischer, he joined the Rockefeller Institute in 1911 and 1912. The next year he became the first resident physician at the Peter Bent Brigham Hospital, and he taught medicine at the Harvard Medical School from 1920 to 1927. In 1922 Peabody became chief of the new Thorndike Memorial Laboratory at the Boston City Hospital. Peabody is perhaps best remembered for the phrase "For the secret of the care of the patient is in caring for the patient," from a lecture he gave in 1925 titled, "The Care of the Patient."

Alphonse R. Dochez received the BA (1903) and the MD (1907) from Johns Hopkins. After a year of research in pathology at Johns Hopkins, he joined the Rockefeller Institute in 1908. Dochez worked first with Eugene Opie, and in 1910, when the Hospital opened, he became an assistant resident and bacteriologist to the hospital. For the next several years he contributed to studies on pneumococcus, working closely with Oswald Avery. After serving in the Army Medical Corps during World War I, he returned to the Johns Hopkins Medical School in 1919, as associate professor. In 1921 he moved to Columbia University's College of Physicians and Surgeons as professor of medicine, where he remained until his retirement in 1949. He made an important contribution to science in demonstrating the direct relationship between streptococcal pharyngitis and scarlet fever. Dochez served on Rockefeller's Board of Directors from 1935-1953. He received the Medal of Merit for his service to the federal government during World War II, and was awarded the Kober Medal and the Medal of the New York Academy of Medicine. His achievements were also recognized by election to the U.S. National Academy of Sciences (1933) and honorary degrees from Yale (1926), New York University (1925), and Western Reserve (1931).

Peabody FW, Draper G, and Dochez AR. A Clinical Study of Acute Poliomyelitis. Monographs of the Rockefeller Institute for Medical Research, 1912, no. 4.