Influenza Is Caused by a Virus, not a Bacterium 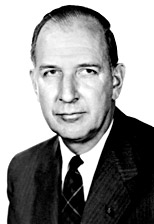 During the influenza pandemic of 1918, a flu-like disease spread among hogs on farms in the Midwestern United States. Scientists called it swine influenza, because—just like influenza in humans—the disease was highly contagious. The animals also got runny noses and fevers, and thousands of them died. In 1928 Richard E. Shope (1901-1966), a Rockefeller pathologist, went to Iowa to investigate a new outbreak of swine influenza. His subsequent experiments led to the isolation of the influenza virus, overturning the widely held belief that the disease was caused by bacteria.

Working with his mentor Paul Lewis, Shope searched for microbes in the mucous of sick pigs that might cause infection. At first he isolated a bacterium, Hemophilus influenza suis, that was similar to the bacterium believed to cause flu in humans. But when he inoculated healthy pigs with the bacterium, they did not become ill. Shope then filtered the mucous. He found that the filtrate—which could only contain a virus—caused a mild form of the disease. When pigs were injected with both the filtrate and the bacterium, however, they developed full-blown symptoms. Shope concluded that the viral infection made possible a secondary bacterial infection.

In the meantime, Shope's discovery had inspired British scientists to find a human influenza virus. Experiments on both sides of the Atlantic later showed that the swine and human viruses were closely related. Both Shope and the British researchers found that people who had survived the 1918 pandemic had antibodies that could neutralize the pig virus, whereas those born later did not. They concluded that the swine flu was a lingering form of the 1918 human influenza virus. 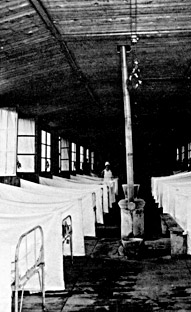 Richard E. Shope received the MD from the University of Iowa, in Iowa City, in 1924. The next year he joined the Rockefeller laboratory of Paul Lewis, which was located at the Institute's facility in Princeton, NJ. Shope became head of his own laboratory in 1929, and except for a brief appointment at the Merck Institute (1949-1952), he remained at Rockefeller the rest of his career. During World War II, Shope worked for the Army to develop a vaccine against rinderpest, a disease of cattle. Shope received many awards and honorary degrees, including the U.S. Army Legion of Merit and the Lasker Award (1957). He was elected to the U.S. National Academy of Sciences.

Kolata G. Flu: The story of the great influenza pandemic of 1918 and the search for the virus that caused it. New York: Farrar, Straus, and Giroux, 1999